An alleged leaker stuffed NSA reports, of all places, her pantyhose.
Buzz60 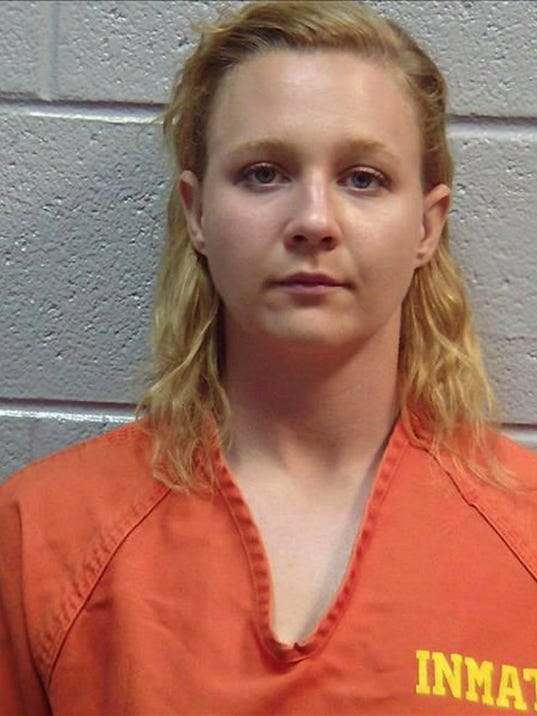 A woman suspected of leaking U.S. secrets to a news organization claimed she stuffed a classified report into her pantyhose and walked out of a National Security Agency office in Georgia, mainly because she hates America “like three times a day.”

Reality Winner, 25, told FBI agents she was disappointed in her job as a government contractor, court records show.

“Yeah, I screwed up royally,” Winner, told the agents in a transcript that makes public the details of her confession, which prosecutors have alluded to in prior court hearings.

Prosecutors are asking a federal judge to keep the former Air Force translator jailed until her trial. In a court filing Wednesday, prosecutors attached a 77-page transcript of Winner’s interview with FBI agents before her arrest in June.

In their latest filing Wednesday, prosecutors also included a partial transcript of a Facebook chat between Winner and her sister in February.

“Look, I only say I hate America like 3 times a day,” Winner wrote. “I’m no radical. It’s mostly just about Americans obsession with air conditioning.”

Her sister asked: “But you don’t actually hate America, right?”

Winner replied: “I mean yeah I do it’s literally the worst thing to happen on the planet. We invented capitalism the downfall of the environment.”

Winner faces up to 10 years in federal prison if she’s convicted on charges that she printed a classified U.S. report and mailed it to an online news outlet.

Authorities haven’t described the report or named the news outlet. But the Justice Department announced Winner’s arrest as The Intercept reported it had obtained a classified NSA report suggesting Russian hackers attacked a U.S. voting software supplier before last year’s presidential election. The NSA report was dated May 5, the same as the document Winner is charged with leaking.

Winner told the FBI she was frustrated at her civilian contractor job, which involved translating documents from Farsi to English for the NSA in Augusta, Georgia, where the federal agency has facilities.

“I’ve filed formal complaints about them having Fox News on, you know?” Winner told the agents. “Uh, just at least, for God’s sake, put Al Jazeera on, or a slideshow with people’s pets.”

In the interview, Winner at first denied several times that she leaked any secret documents. She said she had been trying to get an assignment working with U.S. forces in Afghanistan.

First she acknowledged printing a report that “looked like a piece of history.” She told the agents “I thought it would be cool if I had it on my desk for a couple of days.” But she insisted she dropped the report in a bin used for papers that were to be destroyed.

“I mean, I’m trying to deploy,” Winner said. “I’m not trying to be a whistleblower. That’s crazy.”

She changed her story after an agent asked bluntly how she got the document out of the office.

“Folded in half in my pantyhose,” Winner replied.

Winner at one point asked the agents, “This sounds really bad. Am I going to jail tonight?”

One of the agents replied, “I don’t know the answer to that yet.”

View all posts by Mike James →